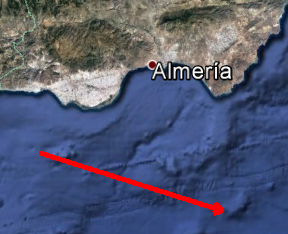 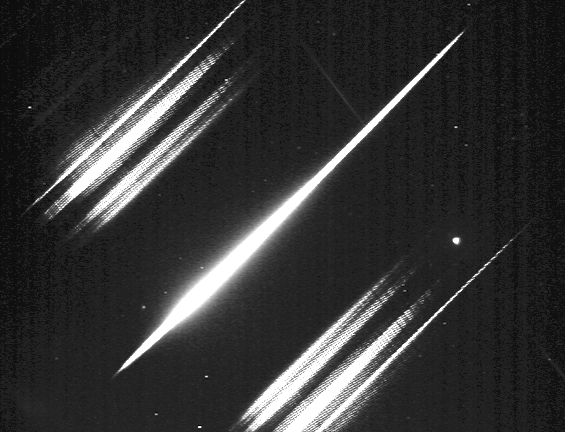 During the night of July 17 2018, at 02:20 UT (04:20 local time) a bright and long-lasting fireball flew above the Mediterranean Sea in front of Almería's coasts (South Spain). This phenomena could be registered with the detectors that the SMART Project operates at Calar Alto, Sierran Nevada and Sevilla Observatories. At Calar Alto Observatory, the event could be registered with three of the external surveillance webcams.

Following the preliminary analysis carried out by Professor José María Madiedo (Universidad de Huelva), PI of the SMART Project, this fireball was produced once a rock with asteroidal origin entered into our atmosphere at a speed of about 54.000 km/h. As it is shown on the left image, the fireball flew above the Mediterranean Sea, not far away from Almería's coasts (South Spain).

The right image shows the impressive spectrum emission lines of this fireball.

The initial altitude of the event was about 91 km above the sea. Then, the fireball moved southeastward and finished in front of the Cabo de Gata at an altitude of about 31 km.

Below are the videos registered first with the SMART's detector and then with the external surveillance webcams, allo of them placed at Calar Alto Observatory.