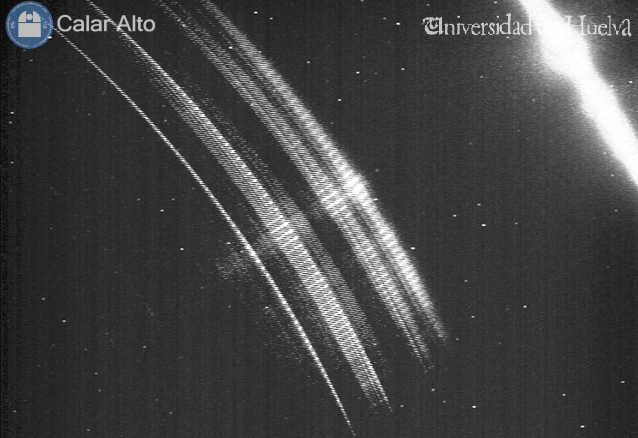 As concludes the preliminary analysis carried out by Professor José María Madiedo (University of Huelva), PI of the SMART Project, this fireball was caused by a meteoroid detached from a comet. The luminous phenomena started when the rock reached our atmosphere at an estimated speed of about 80.000 km/h. After starting at an altitude of about 95 km, the fireball moved northeastward and it finished at a estimated altitude of 43 km above the ground.

Below are the videos registered from both the SMART Project's detector and with the surveillance webcams, all of them placed at Calar Alto Observatory (Almería).