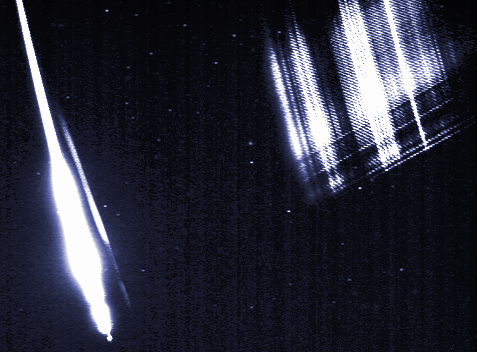 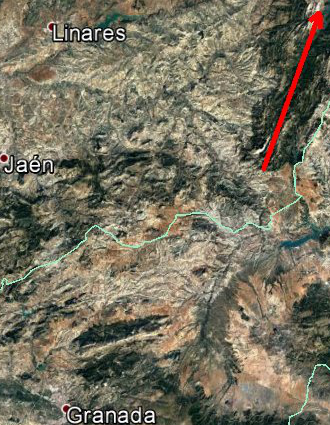 After some time without observing fireballs, at 23:56 UT (01:56 of the second of June local time), a bright fireball

At Calar Alto Observatory (Almería), the fireball was also regitered with one of the external surveillance webcams.

Following the analysis carried out by Professor José María Madiedo (University of Huelva), PI of the SMART Project, this event had an asteroidal origin.

The fireball occurred as consequence of the impact of a rock detached from an asteroid that impacted against our atmosphere with an estimated speed of about 72.000 km/h. Its initial altitude was of 91 km above the southeast part of Jaen province, moving then northeastward above the same province and finishing at an altitude of 36 km above the ground.

The image on the left shows the fireball spectrum emission lines, while the right picture shows the path this object followed over Jaen province.

Below are the videos registered with the SMART detector and the surveillance webcam, both located at Calar Alto Observatory in Almería.