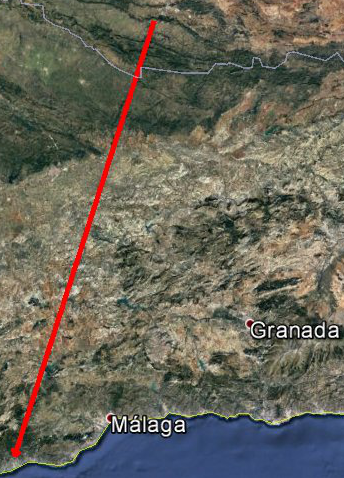 This object was also recorded with one of the Calar Alto Observatory (Almería) surveillance webcam.

Professor José María Madiedo (University of Huelva) PI of the SMART Project made the preliminary analysis which states that this fireball had cometary origing (Comet Swift-Tuttle, Perseids Shower).

As can be seen on the left picture, the fireball started above the skies of Ciudad Real province (South Spain), moving then southwestward and crossing Jaen and Málaga provinces where it finally ends.

Below are the videos registered at Calar Alto Observatory (Almería) from both the SMART detector and the west surveillance webcam.