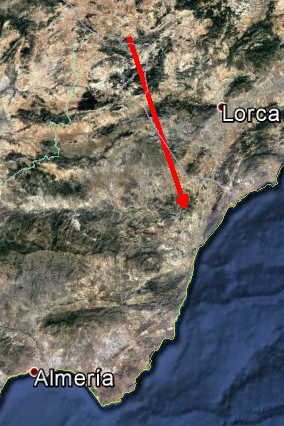 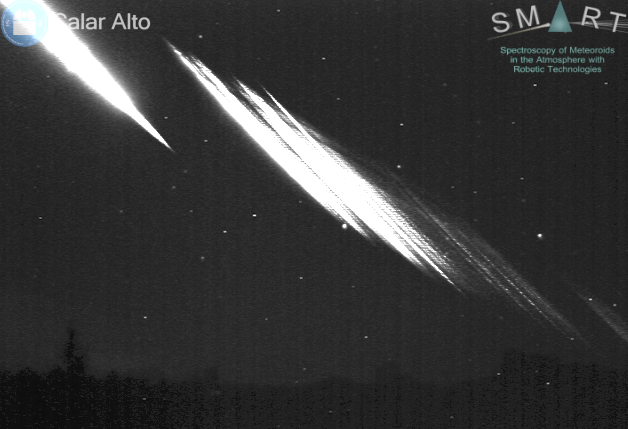 During the night of September 9th 2019, at 02:04 UT (04:04 local time) a nice fireball flew above the skies of Murcia and Almería provinces at Southeast Spain.

The fireball could be registered with the SMART Project's project detectors operated at the observatories of Calar Alto (Almería), La Sagra (Granada), La Hita (Toledo) and Sevilla.

This object could also be followed up with two of the webcams of the Calar Alto Observatory surveillance system.

As can be seen from the preliminary analysis carried out by Professor José María Madiedo (University of Huelva), the PI of the SMART Project, this fireball has been produced by a rock detached from an asteroid that entered into our atmosphere at an estimated speed of 120.000 km/h.

On the upper left image, the path this object followed above the ground is shown. The spectrum emission is shown on the upper right image.

And below are the videos registered with Calar Alto Observatory Surveillance webcams and with the SMART detector.