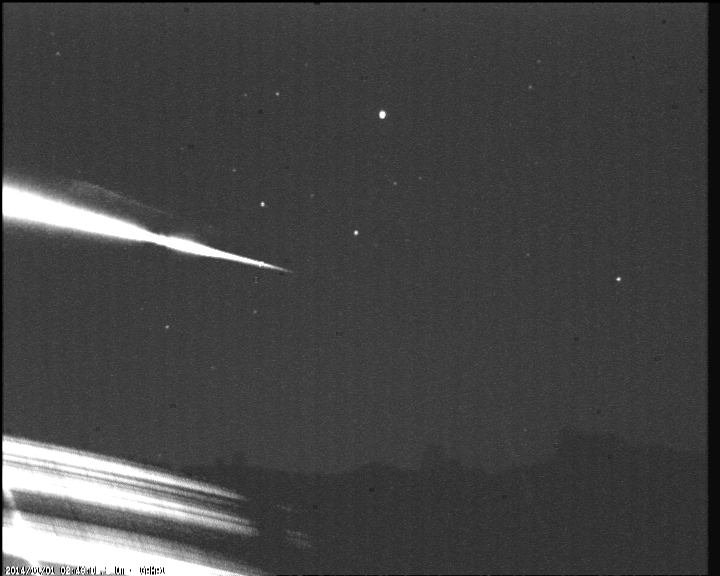 This firewall started about 90 Km over Cuenca Spanish province, reaching the Almería's coast vertical. From preliminary analysis, cannot be ruled out that this object has produced a meteorite, although in such case it probably felt on the Mediterranean Sea. This meteroid was following a cometary orbit, specifically the type known as orbits from Jupiter family comets. The impact against our atmosphere happened at about 20 km/s. The total length of the event was around 18 seconds and it reaches a magintude of about -6.5.

As it occurred with the object of October 21st 2014, you can see the emission spectrum in both north (below) and east (right) cameras from the fireball detection station.

Together with the videos and images gathered by those two fireball detection station cameras, we could observe the object with one of our external surveillance webcams, the one pointing to the north. Below you can see the videos of the fireball. The first one is composed with the images taken by the north and east fireball detection cameras. The second one was taken with the external surveillance webcam.

Finally, next figure shows the complete path of the object until it reaches Mediterranean Sea. 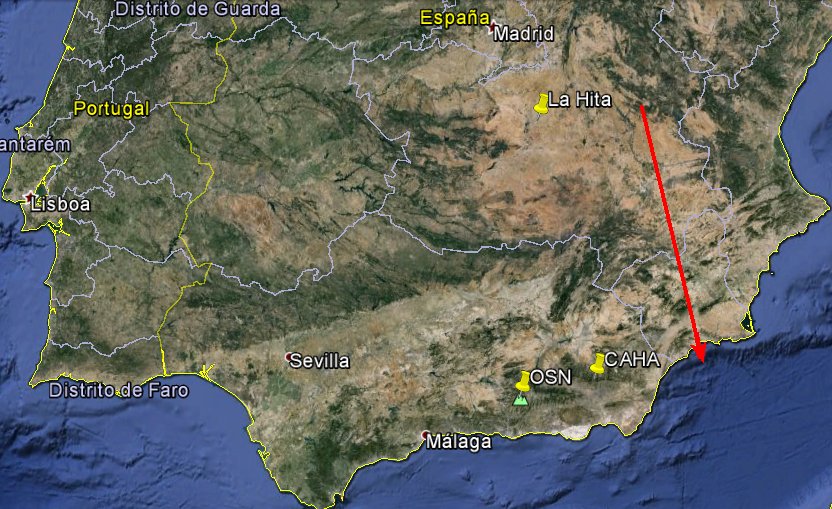