Star of Bethlehem doesn't miss its appointment on Christmas Eve 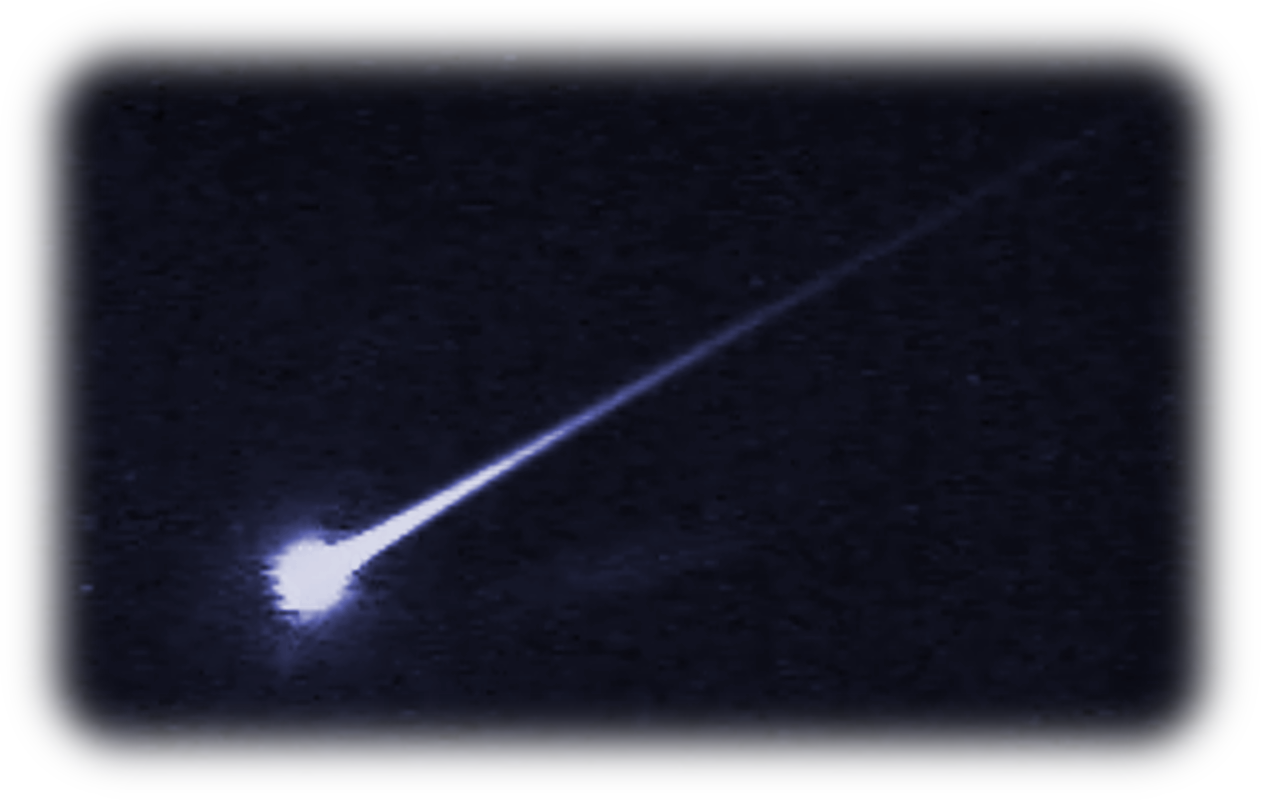 It may not be the real Star of Bethlehem, but this bright fireball recorded on last 2014 Christmas Eve, around 20:06 UT (21:06 local), was observed by a large number of people living in Spain. The coincidence with this special night, gives this fireball a plus of interest and mistery, although the real thing is that it was a 100 Kg rock coming from the main asteroid belt.

Data reduction needed to be carried out for this fireball took more time than the normal, because of its peculiarities.

The object was recorded about 21:06 local time moving slowly and with a practically constant brightness. Combining the observations taken from different detection stations the University of Huelva has around Spain, including the one at Calar Alto, together with some observations in Portugal, we could determine that the phenomenon was produced by a 100 Kg (approx.) rock coming from the main asteroid belt and entering into our atmosphere. It started about 105 Km of altitude above the sea level, in the vertical of Tiaret (Algeria). Its minimum  altitude was about 75 Km, when it was over Ciudad Real (Spain). Since then, due to its low path angle (less than 4º in respect to the horizontal) and the Earth curvature, the fireball started to increase its altitude. After crossing Ciudad Rodrigo (Spain) the object entered in Portugal. It left the Penisula Ibérica through Bayona, in Galicia (Spain) and it quit the Earth atmosphere once about 100 Km from Galicia's coast.

The object magnitude was -7, and the speed when it impacted against the Earth atmosphere was a little less than 80.000 Km/h. The total distance of its path was of about 1200 Km. and the time it took was the order of 1 minute.

It is totally discarded that the fireball has produced meteorites.

As you can see in the video sequence at the end of this article, the meteor crosses the Calar Alto camera whole field of view, and disappeared from the left part.

Several people reported the phenomenon. From Jaén (South Spain), people told us they could observe the fireball crossing the sky for long time, and they lost it only once it was hidden by the buildings. We have also some reports from Almería.

The image below shows the trajectory path. And after that image, you have the complete video sequence of the fireball that could be observed at Calar Alto. 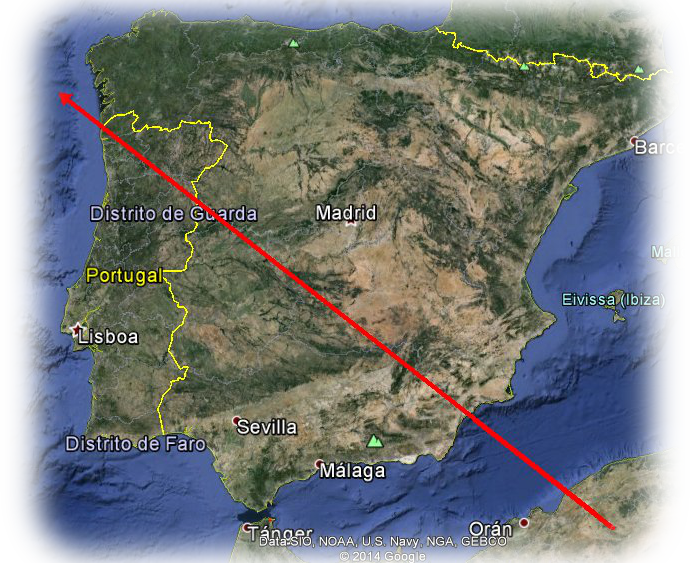 The video sequence of the fireball: