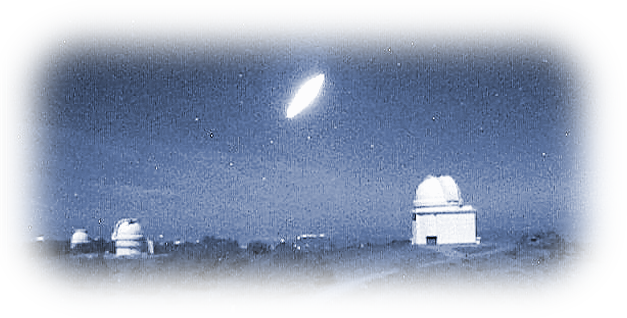 At 22:39 UT of last April 30 2015,a fireball flew over the center part of Spain. The object was observed not only at Calar Alto but mainly with the fireball detection system installed at La Hita Observatory (Toledo), as it flew over that part of the country, over Cuenca province.

This fireball started at about 86 Km over the ground, and was produced by a detached rock from an asteroid which impacts against our atmosphere at about 22 kilometers per second. It finished at a height of 57 Km above the ground.

The image shows the path projection this fireball followed onto the ground.

Below are the videos taken at Calar Alto from both the surveillance north webcam and the filreball detection station.