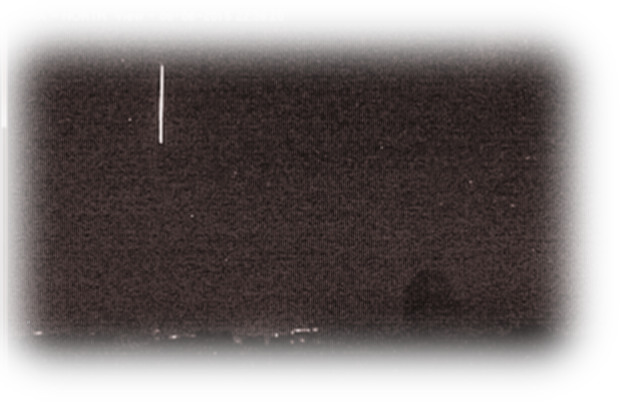 At 22:36:17 UT of June 6th, 2015, a fireball could be observed from the observatories of La Sagra, La Hita and also from Calar Alto Observatory (in this case, from two different cameras). 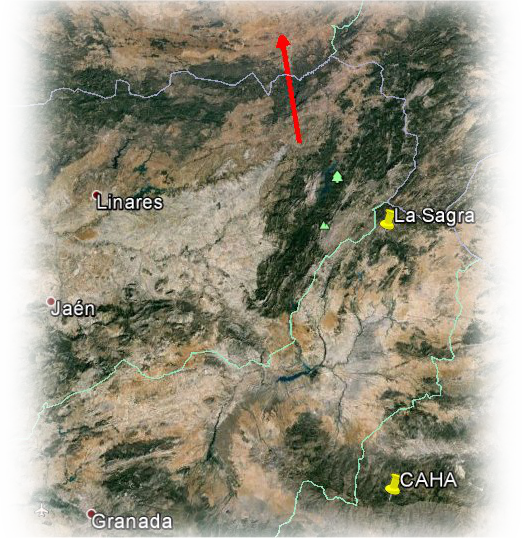 Preliminary analysis suggests the meteoroid that produced the fireball was from cometary origin. It impacts the atmosphere at a speed of 15 km/s.

The fireball started about 80 km above the ground and it finished when it was about 40 km altitude.

The fireball passed over Andalucía (north-east Jaén province) and Castilla-La Mancha (south-east Ciudad Real province), as you can see from the path projection on the left image.

Below you have the two videos recorded at Calar Alto Observatory. First video is the one that was taken with the fireball detection station, while the second one is the one captured with the north surveillance webcam.