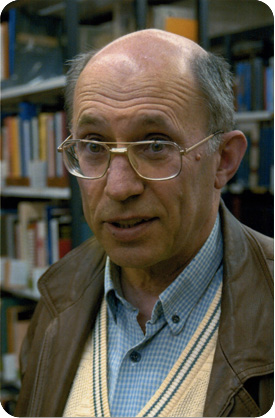 Kurt Birkle came as a PhD student to the Landessternwarte Heidelberg in 1969 and later switched to the newly founded Max-Planck-Institut für Astronomie. He played a decisive role in the search for the best-suited site for the observatory planned for the Mediterranean region. After the decision for Calar Alto was taken, he leaded, together with Spanish colleagues, the installation of the German-Spanish Astronomical Centre (CAHA) with its four large telescopes. Its official inauguration in 1979 marked the formation of the national observatory, which the German astronomical community had yearned for since half a century before.

As the local director for the German part of the CAHA, Kurt Birkle supported until 1998 countless guest observers from Heidelberg and from institutes in Germany and Spain, and expanded and cultivated good relationship to the Spanish scientific community and local authorities. His own scientific interest had focused on comets and active galaxies. His sky images with the Schmidt telescope attracted wide attention.

In the year 1998 Kurt Birkle went back to the Heidelberg Institute and dedicated himself entirely to his scientific research, until his retirement in 2003. Since 2005 he built, together with colleagues from the Landessternwarte and with support from the Klaus Tschira Foundation, a digital archive of photographic plates from Calar Alto and LSW, in order to make them available for long-term studies.

With Kurt Birkle we lose a pioneer of the Calar Alto Observatory, who also made a great contribution for its sustained success. Many colleagues lose an admired, inspiring and helpful friend. He leaves his wife, Pilar Duro and their daughters Irene and Sylvia. We would like to express our deepest sympathy to them in their loss.