It is expected that the TESS mission, developed at the Massachusetts Institute of Technology (MIT) and NASA, finds about one thousand five hundred planets around other stars in its two years of operation.

CARMENES spectrograph team, located at the Calar Alto Observatory, has begun to receive the alerts in order to confirm and analyze TESS detections.

TESS mission (MIT-NASA), which will examine more than two hundred thousand stars along its two years life, constitutes one of the presently most important project for the search of exoplanets, as it will detects planets that can be studied and characterized with instruments that exist today on earth. One of such instruments that will analyze TESS data is CARMENES, operating at the Calar Alto Observatory (Almería) 3.5m telescope, and whose team has already began receiving TESS planets detections alerts.

TESS will open a new window for detecting and analyzing rocky type exoplanets. It is expected to discover about one thousand five hundred planets, and it is estimated that between them, there will be about five hundred exoearths and superearths –rocky planets with several times the mass of the earth –, including worlds within the habitability zone, or region surrounding a star in which the condition could allow housing liquid water. And, unlike Kepler, which could be considered its predecessor, TESS will study within the solar neighborhood, that will constitute ideal targets for detailed researches next decades.

“We are waiting, already prepared, for confirming and determining with CARMENES the mass of those planets TESS detects around red dwarf, or M stars, at the northern hemisphere. Besides, CARMENES will be able to contribute with follow up observations of those most interesting exoplanets discovered by TESS for studying their atmosphere”, points out Pedro J. Amado, researcher of the Instituto de Astrofísica de Andalucía (IAA-CSIC) and co-leader of the instruments. 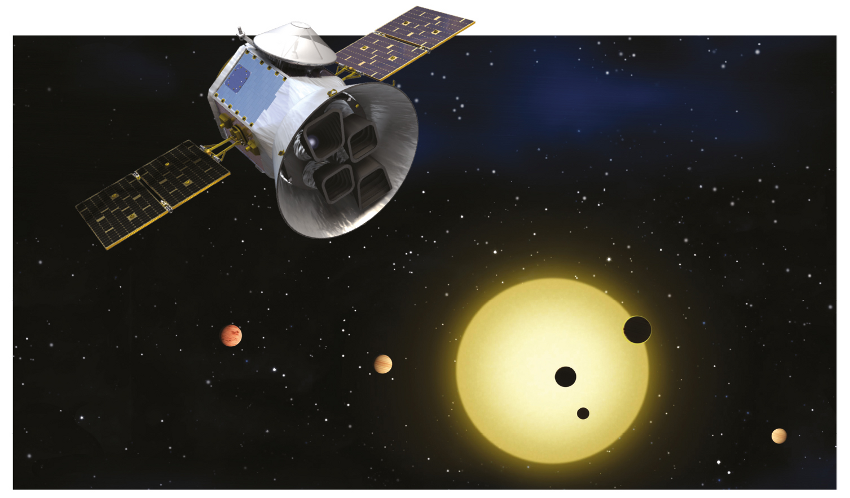 TESS mission uses the transit method detection, which consists in measuring the little bright variations of a star caused by a planet that revolves around it crosses our field of vision. These “mini-eclipses” allow detecting candidates, but later spectroscopy studies, as the ones achieved by CARMENES, will allow discarding false positives and characterizing the new worlds.

“The scientific objectives pursued by TESS perfectly fit on those of CARMENES Project, and with the research lines for which the observatory has been betting in recent times – says Jesús Aceituno, Calar Alto Observatory (CAHA) Director -. Collaborate with so prestigious institutions such as NASA and MIT  again highlights the good technological and scientific health of the programs carried  out at Calar Alto”.

CARMENES instrument will devote fifty observation nights for following up TESS candidates during next years, together with possible independent out of the program follow ups.

CARMENES uses the radial velocity technique, searching for tiny stars oscillations generated by the attraction of the planets surrounding them. And it does it in red dwarfs (or M dwarfs), smaller than our sun, allowing the conditions for the existence of liquid water in closer orbits and where, unlike with the sun like stars, we can detect the oscillations caused by planets similar to ours with the current technology.

CARMENES is a unique instrument in the world, both in precision and stability, required qualities for measuring the tiny speed variations that a planet produces on stars: CARMENES detects speed variations of stars located hundred of billion kilometers away with a precision of about one meter per second. To achieve this, it works in vacuum conditions and with controlled temperatures up to the thousandth of a degree.