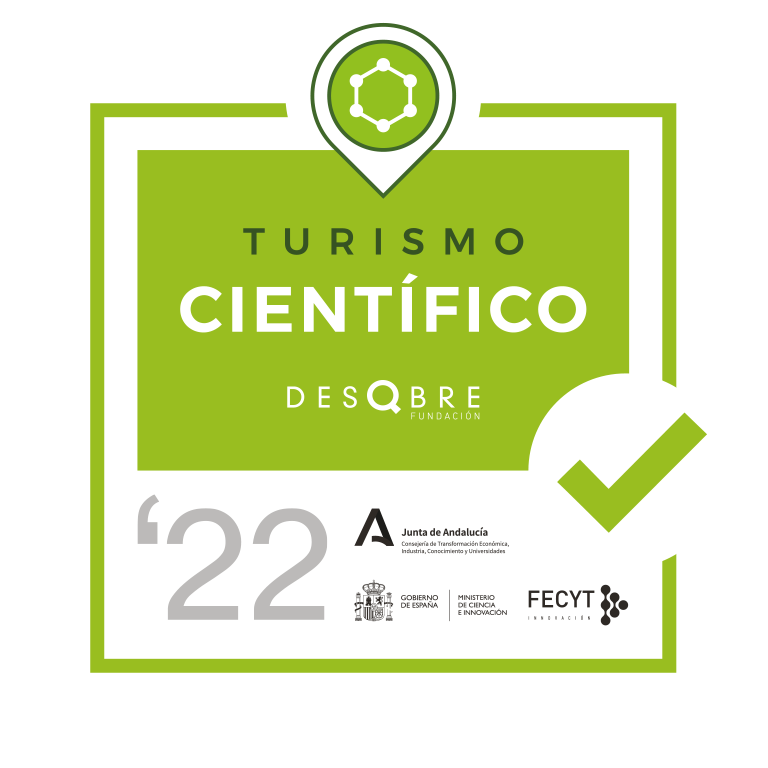 Using data from the Calar Alto CARMENES and VLT (ESO Chile) ESPRESSO spectrographs, an international team of astronomers has discovered two Earth-mass planets orbiting the GJ 1002 star, a red dwarf about 16 light-years away from the Sun. Both planets lie in the habitable zone of GJ 1002, like the two exoearths of another nearby red dwarf, Teegarden’s star, found by CARMENES in 2019.

“Nature seems determined to prove that Earth-like exoplanets are very common. With these two, we already know seven of them in nearby systems”, explains Alejandro Suárez Mascareño, researcher at the Instituto de Astrofísica de Canarias and lead author of the article, accepted for publication in the Astronomy & Astrophysics journal.

The two new planets orbit the nearby star GJ 1002, located about 16 light-years away from the solar system. Both have masses like the Earth and are located within the habitable zone of their star, the region where we might find liquid water on the planetary surfaces. GJ 1002 b, the inner planet, takes just 10 days to complete a full orbit. GJ 1002 c needs 21 days. “It is a quite cool and faint star. Therefore, the habitable zone of the system is very close to the star.”, explains Vera Maria Passegger, co-author of the article and researcher at IAC. 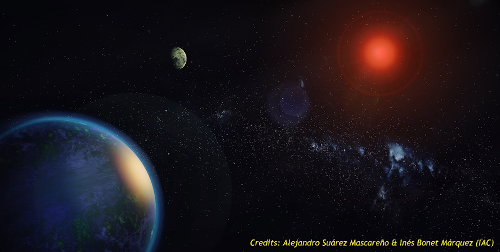 “These stars are very interesting because of how cold they are. This is the kind of objects that we want to explore in depth with the infrared arm of CARMENES and in the future with MARCOT, a modular astronomical facility for high-resolution spectroscopy that is being developed at the Calar Alto Observatory”, says Pedro J. Amado, researcher at IAA-CSIC who coordinated the development of CARMENES and who participates in the finding.

The closeness of the star to our solar system makes both planets, GJ 1002 c in particular, excellent candidates for atmospheric characterization by studying their reflected light or thermal emission. For example, ANDES, the future spectrograph for the ESO’s European Extremely Large Telescope (E-ELT), will be able to study the presence of oxygen in the atmosphere of GJ 1002 c. Additionally, both planets have the right characteristics to become prime targets for LIFE, a future space mission currently in its concept phase.

Due to its low temperature, GJ 1002 is too faint in visible light for most spectrographs to measure the small oscillations that the planets cause in their star, or its variations in radial velocity. This discovery has only been possible thanks to the collaboration between the ESPRESSO and CARMENES consortia.

GJ 1002 was observed by CARMENES between 2017 and 2019, and by ESPRESSO between 2019 and 2021. The design of CARMENES, much optimized towards the red than most other spectrographs focused on radial velocities, made it possible to study it with the 3.5 m telescope at Calar Alto. The combination of ESPRESSO and the collecting power of the 8 m VLT telescopes made possible to obtain radial velocity measurements with a precision of 30 cm/s, out of reach for almost any other facility in the world. “Both teams would have faced a lot of trouble had they attempted to do this work on their own. Together we reached much further than what we would have done separated”, concludes Alejandro Suárez.

Calar Alto Observatory is one of the infrastructures that belong to the national map of Unique Scientific and Technical Infrastructures (Spanish acronym: ICTS), approved on March 11th, 2022, by the Science, Technology and Innovation Policy Council (CPCTI)