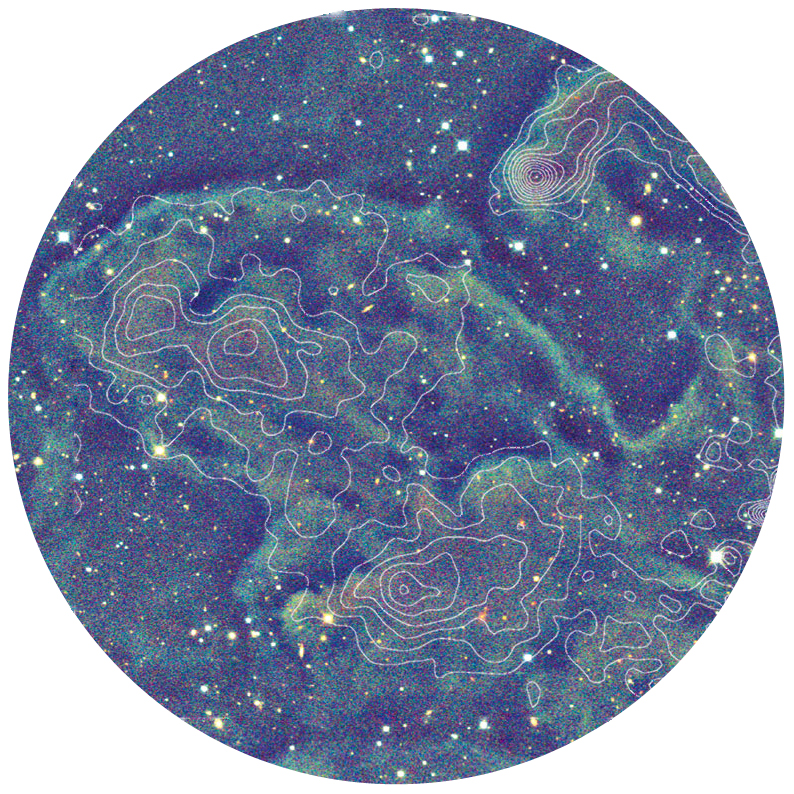 The dark and thin clouds of gas and dust that populate the space among the stars, are not as dark as previosuly beleived. A recent study done in infrared wavelengths shows that some of these clouds do shine, and display beautiful extended emission, most likely due to scattered ambient starlight. The authors of this study, Jonathan Foster and Alyssa Goodman (from Harvard-Smithsonian Center for Astrophysics, United States) named this new light cloudshine. The observations that led to this unexpected discovery were done at Calar Alto Observatory with Omega-2000 camera attached to the 3.5 m telescope.

Interstellar dark clouds pervade not only our Galaxy, but most galaxies in the universe. They are extremely important astronomical objects, although poorly understood still, because it is in their cold interiors (-260 C) that stars and planets begin to form. Our own Sun and Solar system were born inside such a dar cloud complex some five thousand million years ago.

In deep infrared images of dark clouds in Perseus, Foster and Goodman found unexpected low level extended emission arising from the densest regions in these clouds. The analysis of the data showed that the intensity and colour of the cloudshine depends on the distribution of the mass inside the clouds. Thus, this discovery offers a new way to study the hidden structure of interstellar dark clouds, bypassing the complexities of current techniques, and could provide precious clues on how dark clouds transform themselves into stars and planets. New theoretical work triggered by this discovery is already under way, aiming at exploiting this new window on interestellar medium research.

The study leading to the discovery of cloudshine is a part of the wider COMPLETE (COordinated Molecular Probe Line Extinction Thermal Emission) survey, an international effort to analyse star forming regions in our Galaxy, with contributing scientists from institutions from the United States, Canada and Spain.

© Calar Alto Observatory, September 2006        This email address is being protected from spambots. You need JavaScript enabled to view it.