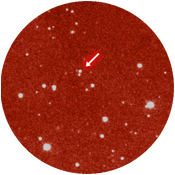 Brown dwarfs are sometimes called "failed stars". They are born from interstellar clouds although it is not clear if in a fashion similar to the formation of stars or planets. Brown dwarfs lack the required minimum mass to be able to sustain nuclear reactions in their interiors so they are also known as failed stars and have some properties resembling those of giant planets. Discovering proto-brown dwarfs, i.e., very young brown dwarfs, is key to understanding how nature produces them. A recent study has found the best proto-brown dwarf candidate known to date. Calar Alto has contributed key data to this finding.

The first brown dwarfs were discovered in 1995. Much has been learned about them since then but the formation mechanism (or mechanisms) of these failed stars is a hotly debated issue. Stars and brown dwarfs evolve very rapidly during their first stages, what makes quite difficult to catch them in the very process of birth. This challenge is even harder because extremely young objects are still embedded into the gas and dust clouds from which they condense. 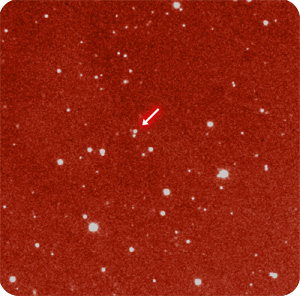 A recent international study leaded by David Barrado y Navascués (LAEX-CAB, INTA-CSIC) has identified the best proto-brown dwarf candidate known to date. Their search begun analyzing data obtained with the Spitzer infrared space telescope. They were looking for low-luminosity bodies (dimmer than one tenth of the solar energy output) still embedded within dense nebular cores. A preliminary list of candidates resulted from this search. As stated by Barrado y Navascués, "we acknowledge the fact that we are exploring uncharted water, and that the contamination by extragalactic sources and very extincted stars can mimic the properties of a potential sub-stellar object." For this reason they "carried out an exhaustive follow-up at different spectral ranges." 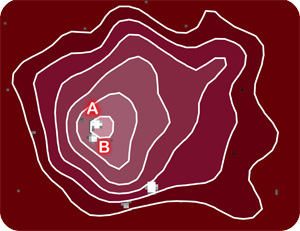 This object, known as SSTB213 J041757, is placed in the constellation of Taurus, inside the dark cloud Barnard 213, at a distance of 450 light-years (140 parsecs). CAHA imaging has shown that the object is in fact a double object, with both components being compatible with the status of Class I proto-brown dwarfs.

Some conclusions can be drawn from this work. In relation to the formation mechanism, the researchers state that "if the source is really associated with a proto-brown dwarf, our observations strongly suggest that it was not formed like planets, but rather in a similar way to low-mass stars." More observations and work will be needed to find more proto-brown dwarf candidates, and to definitely clarify the nature of these first examples. No doubt this research team will offer new and exciting results in this field, in a near future.

Combined infrared and submillimetric image of of the binary proto-brown dwarf candidate SSTB213 J041757 (components A and B are labelled). The background image was obtained with Calar Alto Zeiss 3.5 m telescope and the infrared camera Omega 2000. The contours represent the radio-emission at submillimetric wavelengths (350 μm) from observations with the Caltech Submillimetre Observatory. (1.33 Mb)

© Calar Alto Observatory, November 2009 This email address is being protected from spambots. You need JavaScript enabled to view it.