Recovering of comet Catalina with the Schmidt telescope 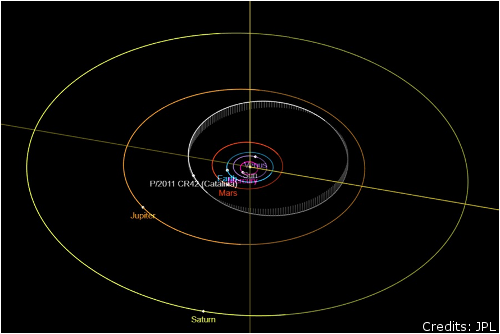 Solar System objects like asteroids and comets appear like moving targets in the stellar fields observed with telescopes. Observations spread over various nights allow us to compute accurately their orbits. Comets, in particular, can present elongated (elliptic), periodic orbits, like the famous comet Halley, passing close to the Earth every 76 years or so, and visible to the naked eye (the last time in 1986, but it was probably observed since prehistoric times). 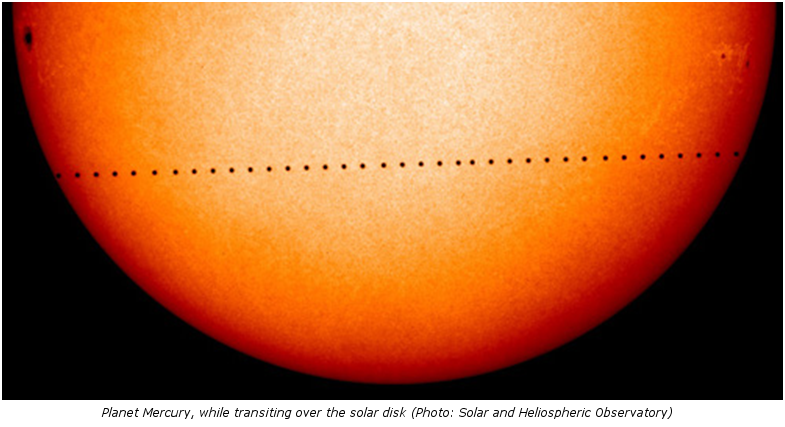 New light on the Trifid Nebula, a star nursery as old as Homo sapiens 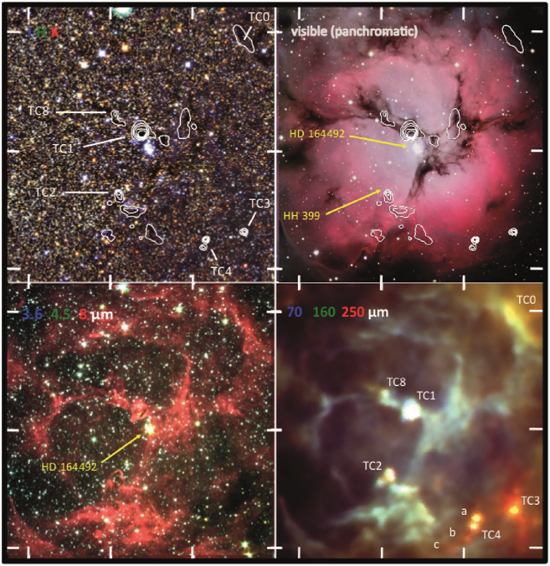 The Trifid Nebula is a well-known complex of young stars, some of them still hidden in the cloud of gas and dust from which they were born.

A new study, using data from the Calar Alto Observatory, sheds new light on this intricate stellar nursery of multi-epoch star formation in the last 300,000 years.

The Trifid Nebula, discovered in 1764, is visible with small telescopes as a diffuse patch of light towards the constellation of Sagittarius, in the densest regions of the Milky Way. It includes a group of thousands of very young stars embedded in a nebula, a mixture of gas and dust particles, which constitutes the deposit of material to form future stars.

Its name refers to its most striking visual feature: a nebula divided into three lobes by dark clouds of dense molecular material. New infrared observations, which allow us to see through the dust, reveal a complex area of ongoing star formation in its darkest parts, which began about 300,000 years ago, the age of Homo sapiens.

Library of galaxy histories reconstructed from motions of stars

The CALIFA survey allows to map the orbits of the stars of a sample of 300 galaxies, a fundamental information to know how they formed and evolved.

Just like the Sun is moving in our Galaxy, the Milky Way, all the stars in galaxies are moving, but with very different orbits: some of the stars have strong rotations, while others may be moving randomly with no clear rotation. Comparing the fraction of stars on different orbits we can find out how galaxies form and evolve. An international team of astronomers has derived directly, for the first time, the orbital distribution of a galaxy sample, containing more than 300 galaxies of the local universe. The results, published in Nature Astronomy, are based on the CALIFA survey, a project developed at Calar Alto Observatory.